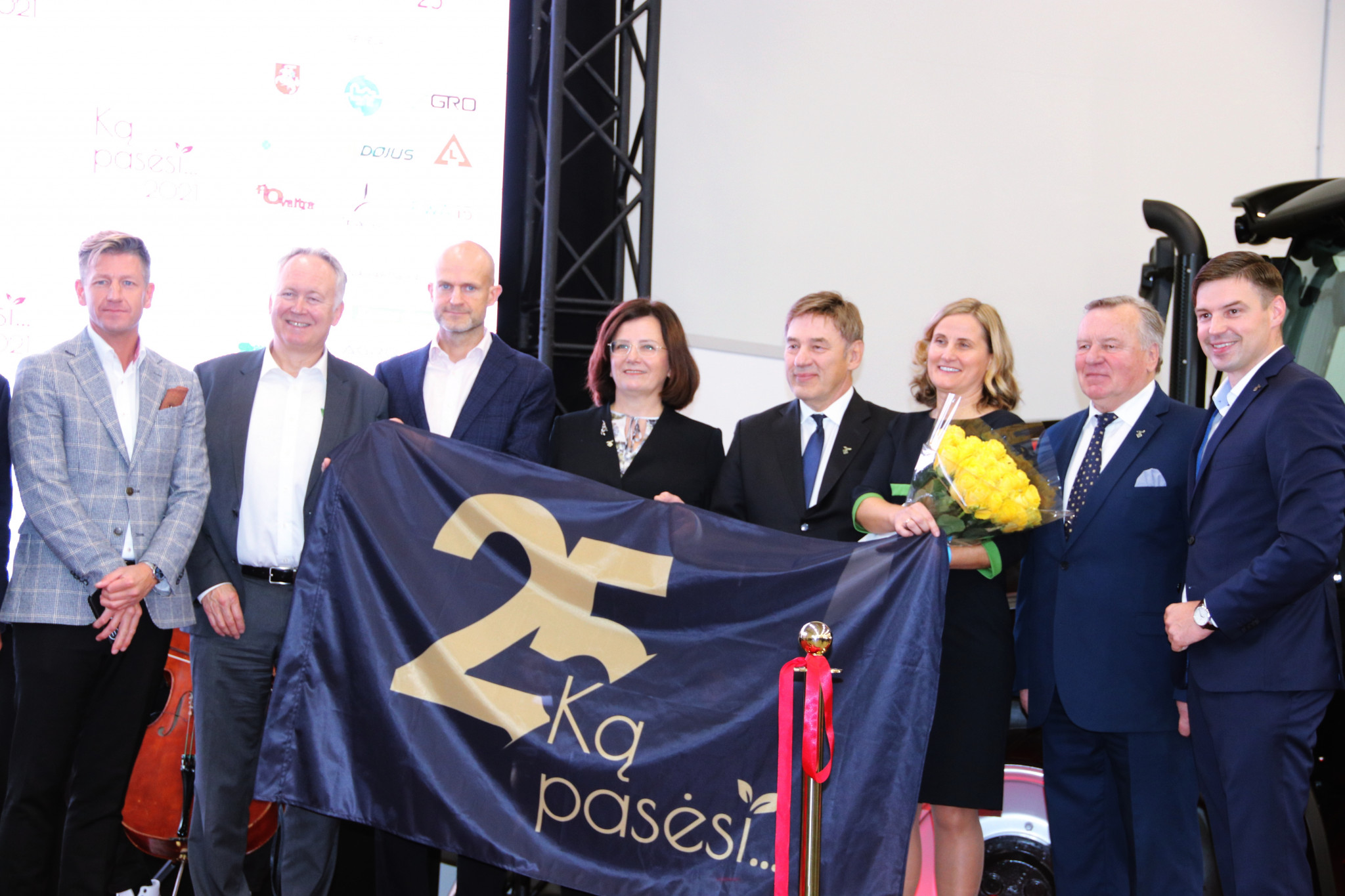 24th Anniversary Agricultural Expo “Ką pasėsi…” took place at the Agriculture Academy under Vytautas Magnus University (VMU Agriculture Academy) on 23rd to 25th of September. This year’s Expo had precision and digitalization in its focus. The visitors of the largest event of this kind in the Baltic countries had the chance to witness the equipment of impressive capacities and design, exclusive technological solutions and innovations. Agricultural Expo “Ką pasėsi… 2021” could be deservedly viewed as the manifestation of the astounding leap made by the Lithuanian agriculture, sector generating the fifth of the national exports, and by the agribusiness supplying the products and services to the former.

Agriculture of the future – paying for the mistakes of the past

The VMU Agriculture Academy has become the concentrated centre of knowledge and innovation dissemination for a few days. Approximately one hundred and fifty companies presented and 100 small producers of exclusive products presented their innovations at the Agricultural Expo. According to Dr. Virginijus Venskutonis, Director of the Centre for Business and Social Partnership at the VMU Agriculture Academy that organizes the expos, fairs, and exhibitions, this year’s event was primarily targeted at specific visitors, as additional activities and entertainment had to be abandoned due to the unfavourable pandemic situation.

In his opening speech, VMU Rector Prof. Juozas Augutis pointed out that time had come for the humankind to repair the damage to the earth that had often been used excessively. The Expo became a great chance to demonstrate the vast opportunities offered by cooperation between science and business in development of the sustainable agriculture of the future that is responsive to the natural resources available.

After the two-year break between the events as a result of the pandemics, this year, the agribusiness seems to have sought to demonstrate every innovative and state-of-the-art aspect in the Lithuanian agriculture. The agricultural equipment expo was the most popular attraction, as usual. Ultra-modern warehousing equipment, livestock, poultry farming equipment and products, forestry and utilities equipment, digital technologies for agriculture, seeds, plant protection products, fertilizers, construction, water management, renewable energy, heating system products were also presented.

The visitors could notice Expo “Ką pasėsi… 2021” medals on a dozen of the expo participants’ displays. As usual, the medals had been awarded to the most outstanding objects on the eve of the event. According to Prof. Dr Egidijus Šarauskis, Chairman of the Evaluation Commission, Head of the  Department of Agricultural Engineering and Safety under the Faculty of Engineering of the VMU Agriculture Academy, it is becoming increasingly difficult for the experts to identify the objects that have deserved the medals the most, as the equipment and technologies designed are becoming increasingly advanced and environmentally safer.

An exceptional biomethane powered wheel tractor New Holland T6.180 Methane Power was presented for the first time in Lithuania by Lytagra, AB and was awarded with the “Ką pasėsi… 2021” medal.  According to Mr Rimas Norvilas, Director of Commerce at Lytagra, AB, the tractor was still being piloted, and its manufacturer had agreed to present their most advanced product in Lithuania. This demonstrated recognition of the status of Agricultural Expo “Ką pasėsi…” and the entire agriculture of Lithuania.

“Biomethane-powered tractor demonstrated at the expo as a concept is currently undergoing the final piloting stage to receive certification. The pilot tests will soon move to the farms of our country’s farmers. The EU’s Green Deal encourages the farmers to be conscious about the environment, and processing of organic and other natural waste into biogas would enable not only local production of low-cost fuel, but also help implement the environmental requirements,” – Mr R. Norvilas shared his confidence in the biomethane-powered agricultural equipment. He also noted that biogas-powered public transport had already been launched and become a reality in a series of progressive cities across Europe.

Tractor Massey Ferguson 8S.265 presented by East West Agro, AB and earlier recognized by the European Commission as the Tractor of the Year for 2021, became the object of attraction at the expo. Mr. Gediminas Kvietkauskas, CEO of the company, shared the excitement to be able to demonstrate the whole package of exclusive design and state-of-the-art technologies in a single piece of award-winning agricultural machinery to the Lithuanian farmers.

“The Lithuanian farmers who are starting to invest more actively in the state-of-the-art equipment have already had the chance to see the benefit of these tractors. 30 units of Massey Fergusons of this series were already sold before the Expo,” – said Mr G. Kvietkauskas.

In her comment on the concept of the Expo “Ką pasėsi…”, Prof. Astrida Miceikienė, Chancellor of the VMU Agriculture Academy, noted that education of the society is one of the key missions of a university. Expos that attract impressive flows of visitors from all walks of life, the educational programs in the expo agenda are the ideal tools to implement this mission by demonstrating the capacities and prospects of the modern agriculture to the public.

“Each of our Expos pay the tribute to the continuing progress of agriculture. Innovations associated with the EU’s Green Deal goals, digitalization, precision farming have been increasingly emphasized in the recent period,” – mentioned the researcher with solid background in bioeconomy research. According to her, modern farmers are thinking about the future: the nature of agriculture, need to change, implement new land use technologies, digitalization, precision farming principles, introduce robots and new business models.

Prof. A. Miceikienė speculated that within the coming decade, drones would be successfully implemented in all the progressive farms of Lithuania, and farmers were already intensively exploring the possibilities of diversification in response to the pandemics and global changes that call for respective risk reduction measures. The researchers therefore provide innovative insights on new business models. Sharing economy, virtual cooperation models, IoT and IoLT have already become the topics of recent discussions.

The Chancellor noted that the events of Expo “Ką pasėsi…” are the culmination of the academic and business cooperation, as the researchers at the VMU Agriculture Academy actively cooperate on a regular basis with the farmers aimed at progress and companies offering products and services to the agricultural sector, conduct experiments, implement projects, pilot new technologies, and develop innovations.

According to Assoc. Prof. Vytautas Liakas at the Faculty of Agronomy of VMU Agriculture Academy, in agriculture, same as any other area, it is impossible to avoid making any mistakes at all, and the objective of the University is to identify the mistakes as soon as possible and help the farmers correct them.

“Lithuanian farmers are becoming smarter in terms of technology, keep their heads up with the innovations that encourage them to put even more effort. Associated with medicine formerly, microbiology has created disruption in agriculture. We have been witnessing an increasing number of farms in Lithuania to sow and spray the crops with unmanned flying drones. Our technological leap was extremely large compared to the Western farmers. This achievement is the result of cooperation among our researchers, farmers, and companies offering products and services to agriculture,” – said Assoc. Prof. V. Liakas.

According to the representative of VMU Agriculture Academy, modern farmers are interested in precision that provides quality, efficiency, and effectiveness. This, however, does not mean that computers and robots will replace humans in agriculture. To the contrary, highly qualified specialists will be in increasingly high demand. “I believe that only few ordinary drivers would be able to start the agricultural equipment demonstrated at the Expo,” – the researcher concluded.

Medals of the Agricultural Expo “Ką pasėsi… 2021” awarded to: 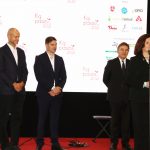 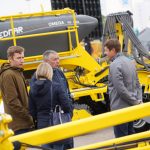 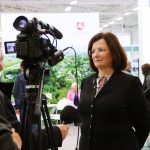 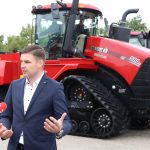 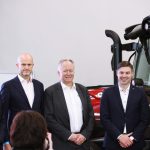 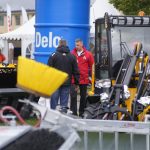 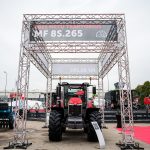 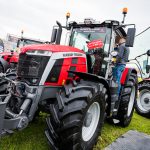 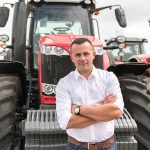 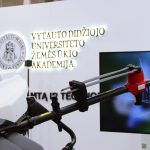 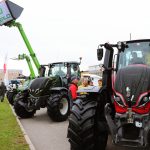 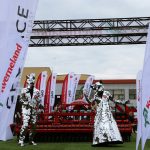 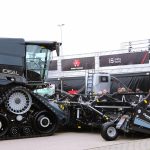 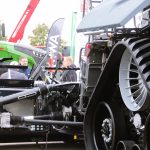 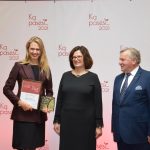 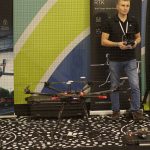 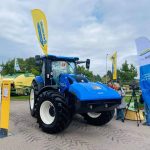 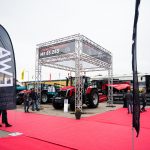 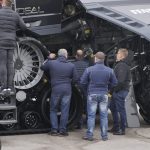 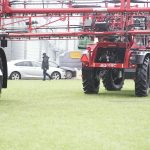 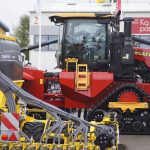 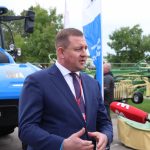 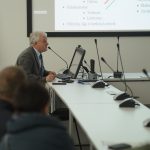 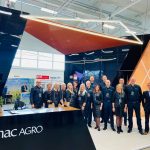