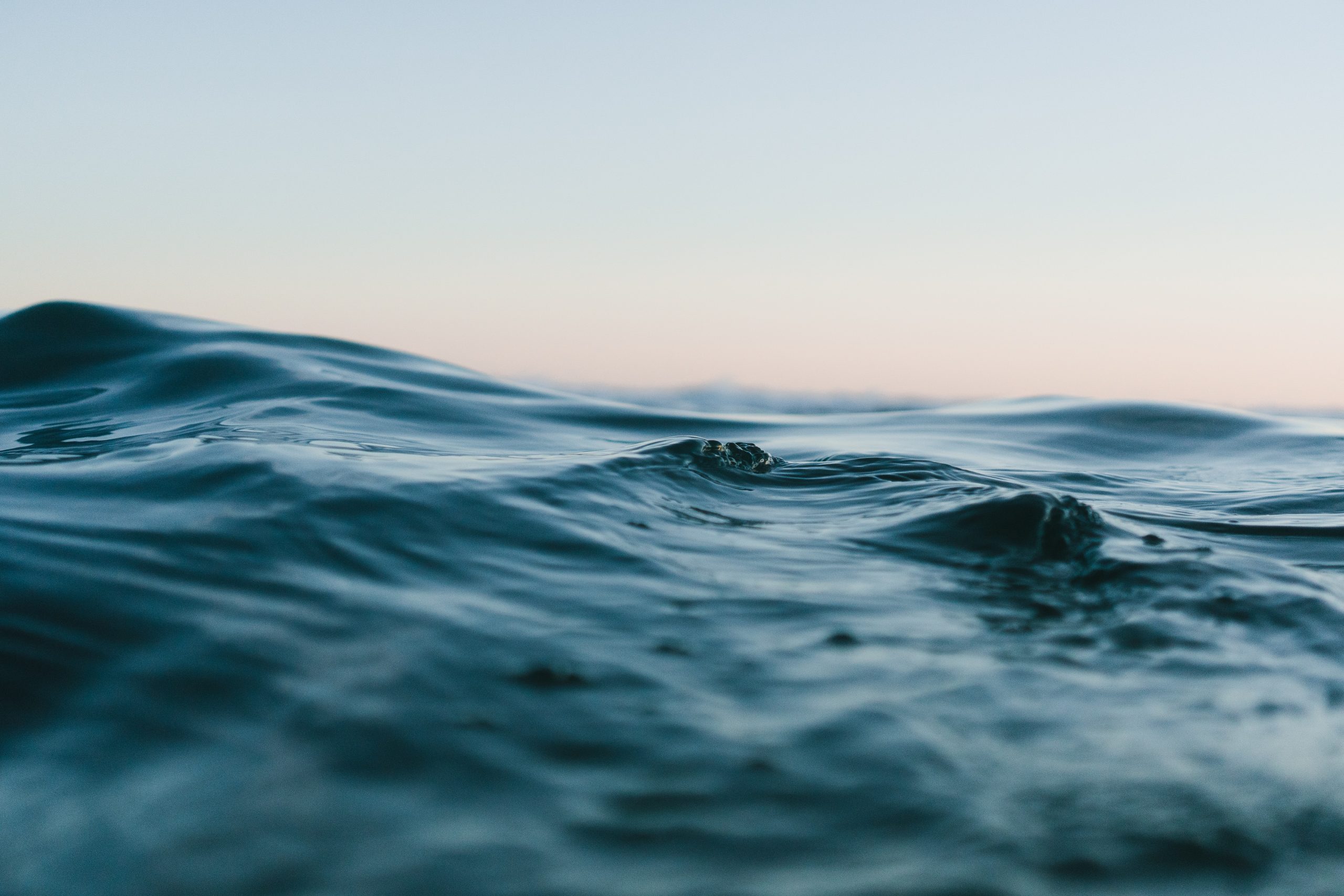 The importance of the blue economy is growing in the European Union: its contribution to the national budgets is increasing, the number of jobs created is growing, and the importance of sustainable aquaculture for nature, people and their food chain is becoming increasingly clear. In addition, the blue energy from the sea represents a huge unrealised potential for energy that will in the near future attract a large amount of investment, generate significant economic returns for society, help protect the environment and strengthen energy independence. The political and business leaders will discuss effective digital solutions to enable Lithuania’s blue economy at the Digital Sea Conference on the 8th of July. Participation in the conference is free of charge, but pre-registration is required due to the limited number of people who can join.

The Topic Is Relevant Throughout Europe

This will be the first ever exclusive top-level international conference in Lithuania on the challenges and digital opportunities at sea in the context of the twin transition. In addition, this conference is the only one in our country and one of the few events in Central and Northern Europe to have been awarded the right to be part of the European Commission’s initiative “European Maritime Day”. According to the event organisers AgriFood Lithuania DIH, this conference is an excellent opportunity for Lithuania to take stock of the challenges, resources and opportunities available in the Baltic Sea and to send a clear message to the public, businesses and decision makers across Europe.

Per Kristina Šermukšnytė-Alešiūnienė, the Director of AgriFood Lithuania DIH, “Aquaculture is an important part of the food sector that is unnecessarily neglected, the importance of the blue economy is growing rapidly and has no intention of stopping, and the Baltic Sea is home to many challenges that need to be addressed. However, we do not talk enough about the digital opportunities that exist in the sea in the context of the twin transition. Enabling and turning the existing digital opportunities at sea into benefits will be the focus of the international Digital Sea Conference.”

The event organisers hope that the message sent by Lithuanian business and political leaders will reach a wide European audience. The conference, which will take place on the DFDS ferry in Klaipėda, will be streamed live on partner platforms and translated into English and Lithuanian. In addition, EIT Food, Europe’s leading food innovation initiative, is one of the organisational partners of the conference. Marja-Liisa Meurice, the Head of the EIT Food Consortium and the Director of the EIT Food CLC North-East, shared her thoughts: “Despite multiple challenges that the aquaculture industry is facing, it will make an important contribution to protein diversification, find solutions to reduce pollution in Blue economies and support actions in the protection of ecosystems. The European aquaculture sector has room to grow in Europe and to create a sustainable business.

The Baltic Sea can be Sustainable

According to scientific data, the Baltic Sea is the fourth most polluted sea in the world and transports around 15% of the world’s freight. It is also heavily affected by chemicals and eutrophication, with agricultural pollution and inadequate sewage treatment being major contributors. Studies show that almost 97% of the Baltic Sea is eutrophic and that the area of anoxic  bottom zones is increasing, now covering around 17% of the seabed (150 years ago, such areas did not exist). Therefore, effective coordinated action is needed to reduce pollution and increase the resilience of the Baltic Sea to the adverse effects of nutrients. Otherwise, the Baltic Sea will simply become a swampy pond. In addition, there are the challenges of pollution from the Port of Klaipėda and the ongoing debate on what to do about chemical weapons on the Baltic seabed.

The Minister of the Environment Simonas Gentvilas, the Adviser to the Prime Minister Dalius Krinickas, the Director of Infrastructure at Port of Klaipėda Vidmantas Paukštė, and the Mayor of Klaipėda municipality Vytautas Grubliauskas will discuss innovative solutions to these challenges.

The Sea – Unrealised Potential for Electricity

According to the Minister of the Environment Simonas Gentvilas, Lithuania spends €2.5 billion annually on energy imports alone. Can marine energy help keep this money in Lithuania? According to the organisers, this will be one of the topics that will certainly be touched upon during the conference. The European Commission has set a target to increase the amount of renewable energy coming from the sea to 5 times by 2030 and 25 times by 2050. Is Lithuania ready for this? If so, how is Lithuania planning to exploit the new opportunities?

According to Dainius Kreivys, the Minister of Energy, who will be giving a speech at the conference and participating in the discussion, with the fight against climate change becoming one of the world’s top priorities, it is changing energy production, industry and households in a comprehensive way, which is why the rapid growth of the green energy production is one of the country’s most important goals. Lithuania is committed to meeting the targets of the European Green Deal and to generate half of its electricity from renewable sources by 2030. “The successful ’employment’ of the offshore wind for local generation is one of the key pillars of Lithuania’s green transformation. The planned 700 MW offshore wind farm in the Baltic Sea would generate around 25% of the country’s current electricity demand,” says D. Kreivys.

Another imminent energy challenge is the massive electrification changes that await maritime transport. According to Rokas Pečiulaitis, the Founder and Director General of Contrarian Ventures, there are around 50.000 cargo ships in the world, which emit more than 900 million metric tonnes of CO2 and other pollutants into the atmosphere every year. According to a participant in the forthcoming debate, we need to be clear about the scale of the fact that the 15 largest container ships emit more sodium and sulphur oxides and other pollutants than all the vehicles in the world combined. “This is a clear problem and a technological challenge to electrify the entire world’s cargo fleet in a short period of time, not only to protect the environment but also to save operational costs,” says Pečiulaitis.

The challenges and opportunities of logistics in exploiting the sea route and digital innovation solutions for the creation of the future sea will also be discussed at the conference. Among the speakers at the conference are the Minister of the Environment Simonas Gentvilas, the Minister of Energy Dainius Kreivys, the Deputy Minister of Transport and Communications Agnė Vaiciukevičiūtė, the Deputy Minister of Energy Daiva Garbaliauskaitė, the the Adviser to the Prime Minister Dalius Krinickas, the Director of Infrastructure at Port of Klaipėda Vidmantas Paukštė, the Director of AgriFood Lithuania DIH Kristina Šermukšnytė-Alešiūnienė, the Director General of Enterprise Lithuania Daina Kleponė, the Vice-President of the Management Board of Linas Agro Group Andrius Pranckevičius, the Director General and Founder of ART21 Augustas Alešiūnas, the Rector of Vytautas Magnus University Juozas Augutis, the Head of the Innovation Programme of EIT FOOD Mercedes Groba, the Founder and Director General of Contrarian Ventures Rokas Pečiulaitis, CEO at Ignitis Renewables Aleksandr Spiridonov, CEO at Association of Lithuanian Stevedoring Companies Robertas Valantiejus, CEO at Susea Mark Chryssolouris and others.

To register for the event and for more information, please visit the conference website.